Easter isn’t the only holiday being celebrated this week, in Cambodia, Laos, and Thailand it is their New Year! For those of you who don’t know, in 2016-2017 I (Savannah) spent a year living in Cambodia as part of the Young Adults in Global Mission program. In Cambodia, we got to celebrate not one, but 3 new years! The international New Year on January 1st, the Chinese Lunar New Year and the Khmer (Cambodian) New Year in April. In honor of the Khmer New Year happening this week, I wanted to share with you a few of my favorite Cambodian songs for our listen today!

This first song is a song by the most beloved of Cambodian musicians, Sinn Sisamouth. He was known as the King of Khmer Music in the 1960s-1970s and continues to be one of the most played musicians in Cambodia today.

Our second song is called “Bun Phum” which translates to “Village Festival.” This was one of the most popular songs when I was living in Cambodia. I even got to meet the main singer in this band when I attended a village festival he was performing at!

Last but not least is the song Roam Jek which essentially translates to “Dance like this.” This was the New Year song when I was in Cambodia and if you watch the video you can probably pick up the dance pretty quickly and join in. It’s very fun! 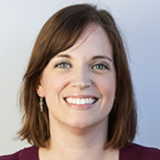