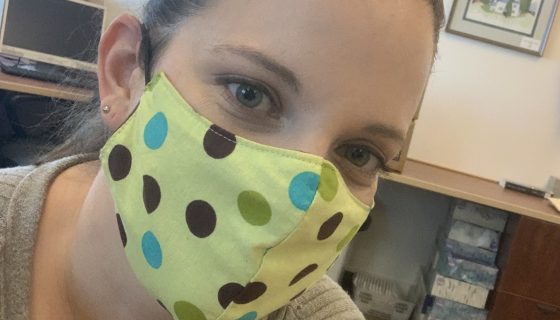 Dr. Jan Nelson joined the Messiah staff in August 2017 as the Chorale Director. She has also served as the Website & Social Media Manager since March 2020.

Jan grew up in Troutdale, Oregon, where she graduated from Reynolds High School in 1998. She has lived in various cities in Oregon and Washington, as well as briefly in Fishers, IN and Chicago, IL, but at heart she will always be an Oregon girl.

In her work at Messiah, Jan is most passionate about racial justice, participatory music experiences, and fostering inclusive spaces where people feel safe to express their authentic selves. Her passions as a musician and music educator are contemporary singing pedagogy, racial and gender equity (including gender identity) in the classroom, and breaking down the hierarchical divisions between classical and contemporary vocal music.

Jan’s other passions include filmmaking, feminism, and fiber arts. She is also an advocate for the Oxford Comma and every kind of cheese.

Jan lives in Kent with her two children, Mercury and Cassidy. She does not have any pets, but she does have a giant stuffed unicorn that lives on her couch.